BRITAIN’s Department for Transport (DfT) announced on March 27 that it has selected a 70:30 joint venture of FirstGroup and MTR for a contract to operate the South Western franchise, ousting Stagecoach subsidiary South West Trains, which has operated the franchise since privatisation in 1996. 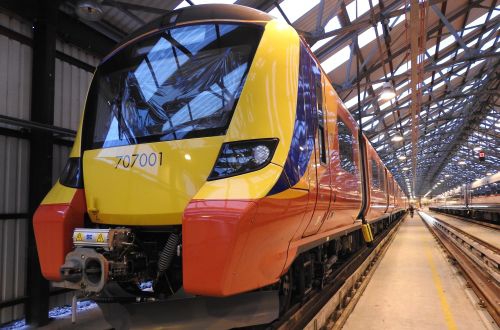 First MTR South Western Trains will take over operation of the network on August 20 under a contract which runs until August 2024, with an option for an 11-month extension. The joint venture plans to invest £1.2bn over the first four years of the new franchise, increasing capacity, accelerating services, and improving passenger facilities.

By the end of 2020 the average age of the rolling stock fleet will be reduced by almost half. New trains will be introduced on the Windsor, Reading, and London suburban routes by December 2020. In addition to the fleet of 30 Desiro City EMUs currently being delivered by Siemens, the joint venture will order 750 new EMU cars, which will enter service from autumn 2019. FirstGroup says it is in advanced discussions with a number of manufacturers and funders, and further details of the order will be announced in the coming months.

The introduction of new rolling stock will enable the franchise to offer 52,000 additional peak seats on services to and from London Waterloo by December 2020, an increase of around 30%.

In addition to new trains, 18 refurbished class 442 five-car EMUs will be deployed on London Waterloo - Portsmouth services from December 2018. The remainder of the fleet (excluding the Island Line trains on the Isle of Wight) will be refreshed with free Wi-Fi, at seat power sockets, and free infotainment as well as real-time passenger information.

From December 2018, services from London to Hounslow, Reading, Southampton, Bournemouth, Weymouth, Portsmouth and Salisbury will be accelerated. Frequencies will be doubled on the lines from Waterloo to Reading and Windsor throughout the day and off-peak services will be doubled on the Southampton - Portsmouth line. A new Portsmouth - Southampton - Bournemouth - Weymouth service will be introduced, improving links between towns on the south coast, and weekend services will be increased with more than 400 extra trains across the network on Sundays.

First MTR plans to simplify fares and introduce mobile ticketing. The flexibility of season tickets will be increased and concessionary fares will be introduced for 16-18-year olds. A new passenger app will be rolled out and an automatic ‘delay repay’ compensation scheme will be launched.
A £90m budget has been allocated for station improvements, which will include refurbishment of Southampton station, 1500 extra car parking spaces across the network and charging points for electric cars.

South Western currently pays the highest premium to the DfT of any passenger franchise and this looks set to continue. During the 2015-16 financial year SWT operated 6.4 billion passenger-km, which equated to a premium payment of 6.1p per passenger-km, or £388m overall.

First MTR has committed to delivering £2.6bn real net present value in premium payments over the seven year duration of the franchise. As shareholders in the joint venture First and MTR will provide a loan of up to £30m together with £88m (50% bonded) in subordinated continent loan facilities. It will also provide a £15m performance bond and season ticket bond of up to £80m.

The franchise includes GDP and central London employment revenue protection mechanisms to mitigate the impact of an economic downturn.

The current South Western franchise began in 2007 and the DfT originally intended to grant Stagecoach a direct award contract for 2017-2019. However, it was decided in July 2015 that the franchise would be re-let through a competitive tender.