The train was travelling from Garmisch-Partenkirchen to Munich. 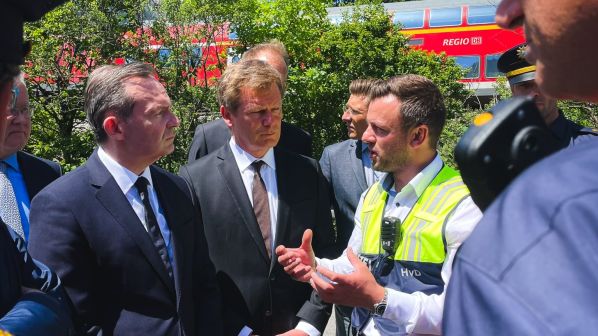 FIVE people have been killed and several injured following the derailment of a regional double-deck train near Garmisch-Partenkirchen in Bavaria, southern Germany.

There were conflicting reports of the number of passengers onboard the DB Regio train at the time of the crash, which happened on a slight curve at around 13:15 on June 3 shortly after the train left Garmisch-Partenkirchen for Munich. Regional trains across Germany have recently seen higher passenger numbers following the introduction of a €9 monthly ticket on June 1.

At least 44 passengers were injured in the crash, with 15 reported to having required hospital treatment. Bavarian interior minister, Mr Joachim Herrmann, said that four of the people confirmed dead were adult women. The fifth victim was a teenage boy, according to police.

German Rail (DB) expressed its deepest condolences to the families of the victims, and set up a hotline for those affected.

An investigation into the cause of the crash has been launched. Clearing of the site will begin once an examination of the crash scene has been completed, with track repairs only possible following the removal of the derailed train.

DB Network has moved a rail crane to the site, which is capable of lifting 250 tonnes. This will be used to recover the driving car, while three road cranes are being used to lift the derailed coaches, some of which have rolled down an embankment and must be dismantled before they can be removed.