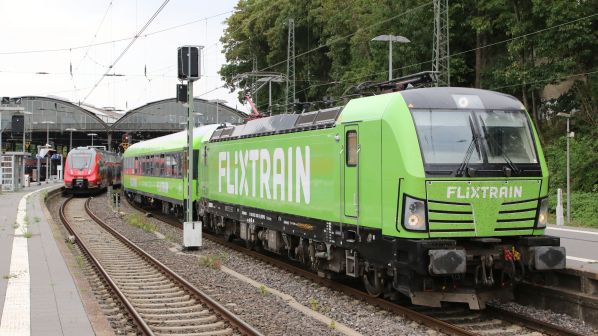 GERMAN private operator FlixTrain has announced a major expansion of its network, adding three routes that will serve 12 new destinations.

A Stuttgart - Hamburg service is due to start on May 19, followed by a new route from Berlin to Wiesbaden on June 2. Flixtrain’s first international service will link Berlin with Basel in Switzerland on June 23.

The new routes will take the total number of destinations served by FlixTrain to 70.

Announcing the new services, FlixTrain CEO, Mr André Schwämmlein, criticised the “9 for 90” ticket introduced by the German government in response to rising fuel and energy costs. The promotional ticket covers regional and local trains across all of Germany from June until September, costing €9 per month for 90 days, or €27 in total.

“The immature €9 ticket threatens to completely overcrowd trains throughout Germany this summer, “Schwämmlein says. “With us, everyone has a seat, can easily stow their luggage and doesn’t have to change trains, regardless of whether they’re going to work, on holiday or to visit family.”

“If you want to inspire people to travel sustainably, you need an attractive public transport offer, not short-term discount campaigns,” he added. “That’s why we’re expanding our offer despite cheap tickets subsidised by the state at short notice.”

Continuing FlixTrain’s outsourced business model, the new Stuttgart - Hamburg service will be operated by SVG of Stuttgart and the routes from Berlin to Wiesbaden and Basel by NES of Dresden.