FLIXTRAIN has announced plans to add a second train pair on its new Stuttgart - Berlin route from June 21 with frequency set to increase to daily from five times per week from June 12. 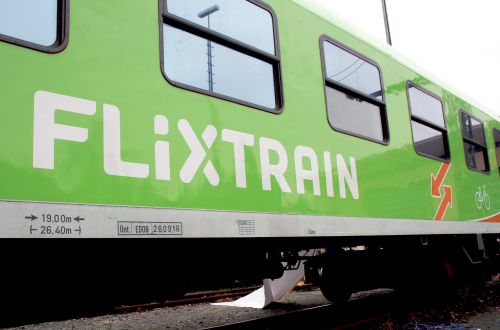 The second service will operate Thursday to Monday, starting in Berlin and returning from Stuttgart at 14.12, providing two return services between the cities five days per week.

Maintenance will be undertaken on one or both trains on the Tuesday and Wednesday that the second train pair does not run.

FlixTrain launched its Berlin - Stuttgart service in partnership with Leo Express, Czech Republic, on April 26, reviving the short-lived Locomore service. The train serves five stations in Berlin and stops include Hannover and Frankfurt. Tickets are priced from €9.99.