FLIXMOBILITY, the parent company of German long-distance bus operator FlixBus, announced on March 6 that tickets have gone on sale for its first open-access intercity train services, which will serve 28 stations in five German states. 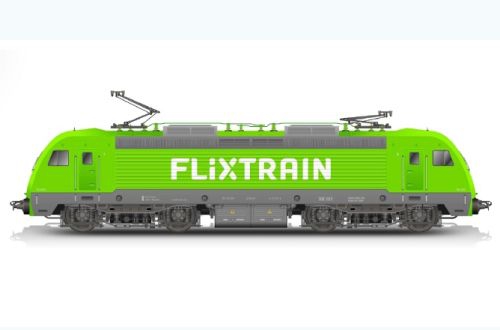 FlixTrain services will be introduced on the Cologne - Hamburg corridor on March 24, with intermediate stops at Düsseldorf, Duisburg, Essen, Gelsenkirchen, Münster and Osnabrück. This route was previously served by Hamburg - Cologne Express (HKX), which suspended operations last year.

FlixBus previously provided marketing support and ticket sales for HKX services when they were temporarily revived over the Christmas and New Year Period.

The trains will be operated by Nuremberg-based BahnTouristikExpress (BTE), which previously provided traction and rolling stock for HKX.

Fares start at €9.99 and tickets are available via the FlixBus app, in FlixBus shops, and cooperating travel agencies.

“From Cologne, Düsseldorf and Essen, FlixTrain reaches Hamburg as quickly as the ICE with no changes,” says Mr André Schwämmlein, founder and managing director of FlixMobility.

In mid-April, the FlixTrain brand will also be extended to the Stuttgart - Heidelberg - Frankfurt - Hannover - Berlin services currently operated under the Locomore banner. These trains will be operated by Leo Express.

FlixBus was already providing ticket sales for Locomore through its through its international distribution platform under an agreement with Leo Express.

Schwämmlein says FlixTrain will gradually integrate rail into the national FlixBus network, enabling passengers to switch easily between modes to reach a wide range of destinations both within Germany and further afield. “We stand for affordable travel and an ecological alternative to the car,” he says. “Our goal must be to persuade more people to switch to public transport. Bus and rail complement each other perfectly.”