FRENCH secretary of state for transport Mr Alain Vidalies unveiled the government’s strategy to revive France’s loss-making conventional long-distance services on July 21, but confirmed that more than half of Lunéa overnight trains will be withdrawn in the autumn if an alternative operator cannot be found. 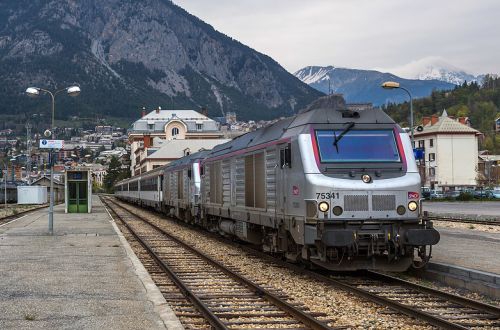 The strategy has been drawn up following a review into the so-called Balance of Territory (TET) services, which was completed last year.

The government says it is committed to investing around €1bn to renew inter-city rolling stock on all three of these routes by 2025. A new fleet of 34 Alstom bi-mode multiple units is due to enter service on from 2017 and SNCF will launch a tender for a further contract to supply 200km/h trains before the end of this year. This will include an option for a higher maximum speed for trains for the Bordeaux - Marseilles route to take advantage of the expansion of the high-speed network.

Vidalies says the government is negotiating with the regions in order to find “the best solutions” for the other TET services. An agreement was reached with the government of Normandy on April 25 to transfer a number of inter-city services in northern France to regional control by 2020, with the state providing €720m for new rolling stock on the Paris - Caen-Cherbourg and Paris - Rouen - Le Havre lines. Negotiations with other regions are due to conclude by October 15.

The government will provide the regions with €1.5bn for the acquisition of new rolling stock for TET services by 2020 and many of these routes will also benefit from infrastructure enhancements.

A TET advisory board including the secretary of state for transport, two regional presidents, two members of parliament and two representatives of passenger groups will be set up early next year to address any issues.

Paris Austerliz - Tarbes/Hendaye (Irun) overnight trains will be continue until the Sud Europ Atlantique high-speed line opens in July 2017, while Paris - Nice Lunéa trains will be retained until October 2017. The long-term future of Paris - Briançon and Paris - Rodez/Latour-de-Carol overnight services is assured due to the “absence of adequate alternative services.” SNCF will continue to operate these trains.

In April the government invited expressions of interest for the operation of all but two Lunéa services. However, according to the French press, prospective operators including Transdev have warned the government that private operation of these services would only be viable if all services are included.

Overnight trains provide only 3% of traffic on the inter-city network but generate 25% of losses. Furthermore, ridership on these services has declined 25% since 2011.