FRENCH transport minister Mr Alain Vidalies announced on November 20 that the government will form a commission of politicians and industry experts to develop proposals for the future development of the country's loss-making network of conventional Intercity services. 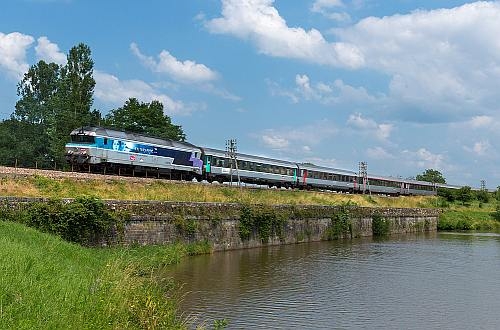 In December 2010, the French government signed an agreement with French National Railways (SNCF) to revitalise the so-called balance of territory (TET) trains, a network of 40 loss-making long-distance services. However, over the last three years operating losses have increased from €210m to €312m and 10% of TET services have been withdrawn since the accord was signed.

SNCF says it will spend €309m on the operation of TET services this year, but the government will cover only 6% of these costs, using funds from highway tolls. However, the government has agreed to fund investment in new rolling stock to replace the ageing fleet of Corail coaches.

The commission will be chaired by Vidalies and will comprise five members of parliament, the presidents of the regions of Picardy and Auvergne, and four relevant experts, including the chair of the French Court of Auditors Mr Jean-Marie Bertrand and Mr Marc d'Aubreby, land transport co-ordinator for The General Council of the Environment and Sustainable Development.

The commission is expected to publish its initial report within six months and Vidalies says recommendations will be implemented by the end of next year with the aim of achieving tangible improvements by 2016.

Earlier this year the National Federation of Public Transport Associations (FNAUT), warned that a quarter of the 20,000km interregional rail network could be lost within a decade if no action is taken to reverse the decline in Intercity services.