Services are due to begin in 2024, radiating from Paris. 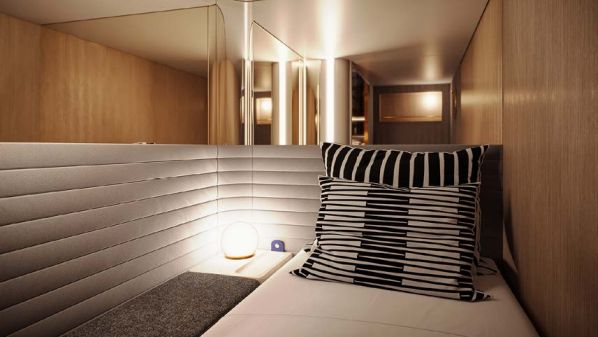 Midnight Trains is looking to offer a luxury service.

Midnight Trains says that instead of services that are “rustic, uncomfortable and lacking in privacy,” passengers are looking for a sustainable and quality alternative to air travel. “Midnight will be at the forefront of reinventing this product that is over a century old,” says Midnight Trains co-founder, Mr Adrien Aumont.

“We want to create a new experience for travellers,” Payet says. “From our point of view, this new experience starts with the type of compartments we will propose and their design. Thus, we will choose the option that fits best with our vision of hotels on rails.”

Paris will form the centre of the new Midnight Trains network envisaged, with services covering distances of 800 - 1500km to connect Madrid, Lisbon, Porto, Milan, Venice, Florence, Rome, Vienna, Prague, Budapest, Berlin, Hamburg, Copenhagen and Edinburgh. The later, which is included in Midnight Trains’ 2030 plans, could pose a particular challenge, as special rolling stock is required to operate through the Channel Tunnel to Britain.

Midnight Trains will announce the first route to southern Europe, which is expected to be launch in 2024, after agreements have been reached regarding rolling stock and an operator. The company is not looking to become an operator itself, at least in the short term, instead negotiating with private freight and passenger operators.

Onboard amenities will prioritise “privacy, security and serenity,” and each compartment can be booked exclusively. Midnight Trains will also aim to create a friendly onboard atmosphere, with an onboard restaurant and bar serving seasonal products, cocktails and wines.

A detailed examination of the resurgence of overnight trains in Europe appeared in the June issue of IRJ, and is available here.