PLANS to extend Amtrak California Capitol Corridor services south from San Jose have received a boost after California Transport Commission approved a $US 18.1m investment in track improvements on the line to Salinas. 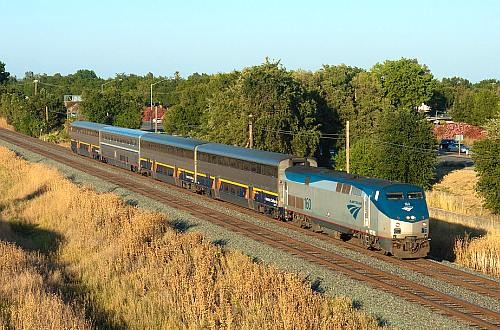 The funding will support the initial phase of the project, which involves extending services to Gilroy in 2018, and trains are expected to begin operating to Salinas a few months later.

The $US 135.7m scheme will involve the construction of new stations at Watsonville, Pajaro, and Castroville.

So far the Transportation Agency for Monterey County (TAMC) has secured $US 45m in local, state and federal backing, and is seeking a further $US 75m in federal small starts funding.