THE introduction of a national clockface timetable in Germany could significantly reduce journey times and increase ridership, according to a feasibility report published by the Federal Ministry of Transport and Digital Infrastructure (BMVI) on September 10. 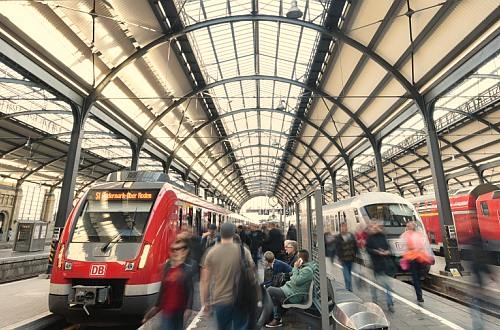 Core elements of the proposals include ensuring efficient connections at more stations and more frequent services on long-distance routes with a minimum one-hour frequency and 30-minute interval services on core corridors. This reflects German Rail's (DB) plan unveiled in March to introduce half-hourly ICE services linking all of the country's main conurbations by 2022.

The in-depth study, which was carried out by Berlin-based IGES Institut and TU Braunschweig with the assistance of independent advisors, forecasts that the introduction of regular-interval services with clockface departures could, depending on the scenario, reduce travel times by 8-10 million hours per year and increase ridership by 9-12 million passengers per year.

Due to the size and complexity of the network the report states that introduction of the timetable would need to be phased, but it suggests the rollout could be completed by 2025.

The report notes that much of the infrastructure required to operate a clockface timetable is already in place, under construction, or planned for completion by the middle of the next decade. Key projects include:

BMVI says that the findings of the report will be incorporated into the update of the Federal Transport Infrastructure Plan, and measures proposed in the study will now be subjected to a cost-benefit analysis. The report suggests further discussions are needed on many aspects to ensure regional and long-distance services are properly integrated.

"Fast connections with smooth transfers between long-distance and regional transport are vital to make rail transport attractive," says Mr Enak Ferlemann, parliamentary state secretary for the BMVI. "In my opinion, we have commissioned a high-quality study. Implementing this will represent a quantum leap that will make rail transport in Germany much more appealing."

The report is available in full in German on the BMVI website (PDF link).