A coalition of the Association of German Transport Companies (VDV) and Allianz pro Schiene have proposed reopening up to 238 disused or freight-only lines to passenger services, totalling a potential 4016km of infrastructure. 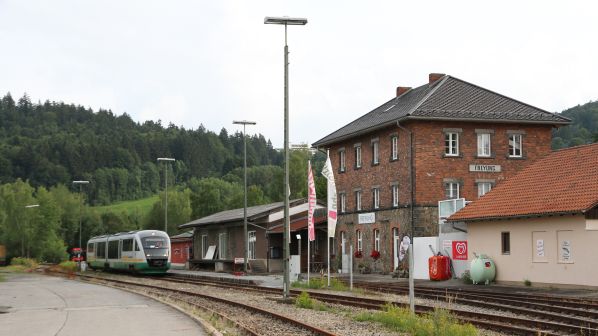 The analysis, published earlier this month, shows that three million German residents currently without access to rail services in 291 towns could benefit if the proposed lines were reopened.

This follows the approval of more than €10bn of additional rail investment funding by the German government for federal states, for reopening and electrification projects between 2021 and 2031.

Since the 1994 rail reform that formed national railway German Rail (DB) and permitted open access operation and tendering for regional passenger services, the German passenger network has shrunk by 3600km, with a further 2500km of freight lines also closed.

The majority of closures have been in former East Germany. Since then, only around 933km have reopened. However, the proposal suggests that most towns lacking suitable rail connections are in populous western states such as Bavaria, Rhineland-Palatinate and North Rhine-Westphalia, where the former German Federal Railway undertook widespread closures from the 1950s to the 1980s. By contrast, some eastern German states have no towns identified in the analysis.

120 of the 123 larger unconnected towns, representing a combined population of 1.8 million, are on existing lines that are either unused or exclusively for freight. Some lines presently operate summer weekend or heritage trains, whereas others proposed are closed or partly dismantled.

Since changes to the Municipal Transport Financing Act in February 2020, substantial funding has been made available to finance line reopening and other local/regional transport, rising from €665m in 2020 to €2bn by 2025 which will then increase by 1.8% from 2026 to 2031. These changes could help to fund multiple reopening schemes each year.

Line reopening projects must meet the standard 1.0+ cost:benefit ratio to be eligible for the full 90% federal funding of planning and construction costs. However, even schemes that fail to meet this target are now eligible for 60% funding. The changes also make the reopening and electrification of lines specific funding objectives.

In addition, the funding available to the federal states for contracted services and capital investment has been increased by another €1.2bn for the 2020-2023 period, which will then be indexed at 1.8% until 2031. This will result in around €5.3bn additional funding although increases in energy, operating staff or track access costs above 1.8% per year would erode the purchasing power offered by these funds.

This follows the announcement in December 2019 by DB Networks that no future line closures will take place. Many lines that have lost passenger services or been mothballed have been sold or leased by DB Networks to other companies, which stand to benefit from reopening lines with higher volumes of traffic.