LONG-distance passenger numbers in Germany grew by 10.6% in the first half of 2016 according to figures released by the German Government Federal Statistical Office (Destatis). 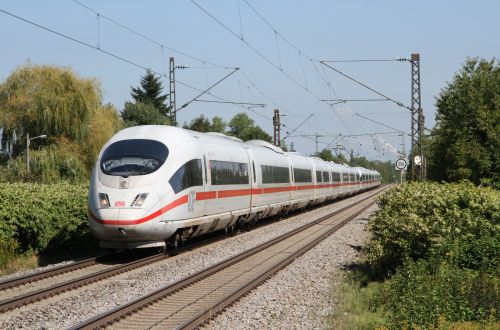 In total, 67 million long-distance rail passengers were carried in the first six months of the year, almost all by DB Long Distance. Total long-distance traffic measured by passenger-km increased by 10.3%.

The growth in DB long-distance passenger numbers was partly due to increased availability of lower-priced advance-purchase tickets but is also attributed to the absence of disruption due to strikes or extreme weather as seen in first half of 2015. For the first time since long distance bus liberalisation in 2013 ridership on long-distance buses was largely static, suggesting that rail is regaining market share in a growing market.

Overall public transport usage in Germany increased at a slower rate between January and May with overall passenger growth of 2%. The strongest growth was experienced in regional rail services (+3.4% passengers and +0.5% passenger-km) and tram/U-Bahn services (+2.5% passenger numbers and +2.2% passenger-km). Overall regional and urban numbers shows there were 5.7 billion passenger journeys, some using more than one mode of transport. Regional rail had 1.3 billion passengers while tram and U-Bahn services had 2 billion and bus had 2.7 billion.

Growth in long-distance bus operations continued during 2015 with 23.2 million passengers using long-distance buses during the year; an increase of 47%. Around 69% were purely domestic journeys (+35% compared with 2014). Average occupancy rates for long-distance buses (including international services) was 59% in 2015 (of 51 % in 2014). Based on figures from the largest operators (who between them dominate the market) there were 11 million long-distance bus passengers in the first half of 2016 suggesting the overall growth of passenger numbers may have now plateaued.