TWO German transport organisations have called for regulation changes to reduce emissions in the transport sector. 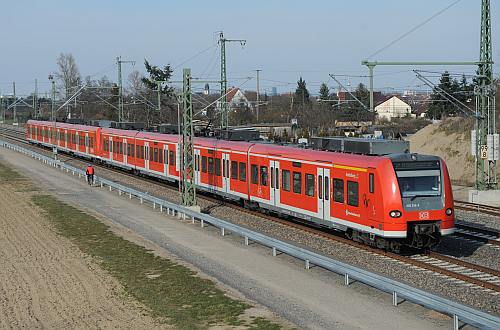 The Association of German Transport Companies (VDV) has recommended the introduction of the “Swiss Model” for taxing the emission of CO2, which favours more environmentally friendly modes of transport.

“In order to achieve the climate protection goals in the transport sector, we need, among other things, a reasonably designed CO2 price,” says VDV president, Mr Ingo Wortmann. “For the economy and the population, incentives must be created to make mobility particularly CO2 efficient. We consider the Swiss model to be a smart approach, which can also be applied to Germany and the transport sector.”

In Switzerland, the production of one tonne of CO2 currently costs SFr 96 ($US 96.50). One third of the revenue goes to an innovation fund to improve the energy efficiency of buildings, while two-thirds is redistributed to households and companies.

VDV says the greenhouse gas tax has reduced the CO2 consumption of private households in Switzerland, and a similar programme in the transport sector in Germany could result in similar benefits.

“Similarly, in the German transport sector, one-third of revenue could be earmarked for continuous renewal and the expansion of public passenger and rail freight transport,” Wortmann says. “In order to create a level playing field, such a model would gradually be introduced throughout Europe.”

With Germany’s Federal Climate Cabinet due to meet on September 20, the German Federation of Regional Passenger Rail Authorities (BAG-SPNV) has also called for an increased push towards the full electrification of the network to reduce emissions.

While the emissions per passenger-km are around 60% lower for rail compared with private transport, BAG-SPNV says more needs to be done to reduce this further. The federation says full electrification of the network will allow for the most efficient and environmentally friendly form of rail transport.

Germany plans to expand the proportion of the network which is electrified from 60% to 70% by 2025, but BAG-SPNV says many of the routes its members operate on are not included in this target, and they will still need to operate 240 million train-km, around 36% of the total train-km they operate, with diesel traction.

“The federal government is called upon to assume its responsibility for its route network beyond the previously planned 70% electrification, and to continue to full electrification after 2025,” BAG-SPNV says. “Until this has been implemented, we need the promotion of alternative propulsion systems as bridging technology, especially so that regional passenger rail authorities can become even more environmentally friendly.”