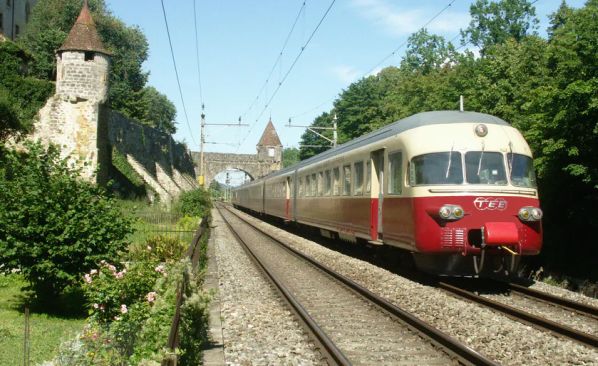 The new TEE 2.0 network would be a successor to the original TEE network established by French, German, Swiss, Dutch, Luxembourg and Italian railways in 1954. TEE services operated from 1957 using purpose-built trains offering mainly first-class-only luxurious trans-continental travel. The network ceased operation in the 1980s and was partly replaced by lower and variable quality EuroCity trains and later high-speed trains.

Several European operators formed the Railteam cooperative group in 2007 to jointly promote rail services and offer improved customer service. In practice this has resulted in little real change with seamless ticketing still not available on many routes and little cooperation that has actually benefited passengers or made rail a better competitor with low-cost airlines or long-distance buses. In some cases, national operators have created companies to operate international high-speed services, such as Eurostar and Thalys, or the Franco German Alleo joint venture.

The German government proposals, which have been developed over the last year, suggest a new multi-national but standalone operator should operate the new network, buying in services from its owners, envisaged as national rail operators in participating countries. The new network would bring together some existing services whilst adding new routes and probably additional services.

Scheuer has previously said that the Deutschland Takt regular-interval timetable, being planned for German domestic services by 2030, is a model for a wider European network.

TEE 2.0 daytime services would be operated using the latest high-speed trains whilst creation of a new longer-term overnight network would require the procurement of a new train fleet.

The proposals suggest networks could be established in the short term, largely by incorporating existing services, plus a longer term plan enabled by infrastructure currently under construction, such as the Brenner Base Tunnel (Austria-Italy), Fehmarn Link (Denmark-Germany) and the new Stuttgart - Ulm high-speed line in Germany.

Proposed TEE 2.0 routes in the short term include:

Night train networks proposed in the short-term are remarkably similar to German Rail’s (DB) former City Nightline network, which DB shut down in 2016. Most of the routes in the short-term network are currently operated by Austrian Federal Railways (ÖBB) as part of its Nightjet network although a proposed Frankfurt - Lyon - Barcelona service would offer a direct rail services that has not been possible for many decades.

Overnight routes proposed in the longer term include two routes from Stockholm, one serving both Amsterdam and Paris, the other running via Prague to Vienna and Budapest.