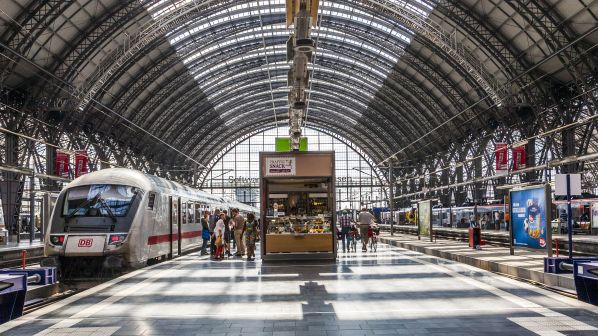 THE German Aerospace Centre’s (DLR) Institute for Transport Research has found that the introduction of the 9-euro monthly ticket offering unlimited regional rail travel between June and August had as big an impact on passenger numbers as the Covid-19 pandemic, but in the opposite direction.

The institute conducted a survey of 2500 people between the end of June and beginning of July, as part of a wider study into the effects of the pandemic on travelling habits. Nearly 50% of respondents said they travelled without using a 9-euro ticket, while 28% used the ticket, 20% travelled on existing season tickets which were subsidised as part of the initiative, and 4% planned to buy a 9-euro ticket.

“The 9-euro ticket shows that mobility behaviour can be changed with a simple and clearly understandable offer, low prices and the extended nationwide validity,” says DLR Institute for Transport Research director, Professor Meike Jipp. “At least in the summer months, the trend caused by the pandemic to increase car use has been stopped. For this change to continue longer-term and to include more everyday journeys in addition to leisure time, we need to have good and equally simple public transport services in the future.”

DLR says 98% of respondents had heard of the 9-euro ticket due to the level of publicity around it, although a third said they had no plans to make use of the offer. Respondents were more likely to use the ticket in future when they had already used it in the past.

“So we can say that the 9-euro ticket has reached the middle of society and is therefore an offer for everyone,” says DLR project manager, Dr Claudia Nobis.

At the time of the survey, 36% of respondents had already used the 9-euro ticket for one to four journeys; 20% had made five to nine journeys; and 35% had made more than 10 journeys. Only 8% had bought the ticket but not used it yet.

The ticket played a smaller role for commuters, with 18% using it to travel to their place of work or study, meeting the federal government’s goal of easing the cost of travel  in the face of rising fuel prices.

While the 9-euro ticket could be used throughout Germany, 75% of respondents had stayed within 50km of home when using it, while 25% used it exclusively for longer distances.

While the 9-euro ticket has had a major impact on travel over the summer, it may have less of a long-term effect with only 9% of respondents with a 9-euro ticket expecting to use public transport more often after the offer comes to an end on August 31. Another 38% expected their public transport use to remain the same, 40% wanted to travel less and 14% didn’t expect to keep using it at all.

The overall concept of the ticket was well received, with 70% of respondents thinking it was an attractive offer with clear and easy to understand conditions. More than 60% said the ticket was a good reason to leave the car at home, but only 39% said they would now use public transport more often than before.

Only 25% said they were not interested in the 9-euro ticket as they would not use public transport anyway. The promotion received the highest approval among those who hold a 9-euro ticket, followed by passengers holding normal season tickets.

DLR says that specifically among those who purchased a 9-euro ticket, there is no willingness to buy a regular season ticket at the normal price, which means further use of public transport is dependent on the price point. 41% of 9-euro ticket holders said that they would only use public transport during the promotional period.