CONSULTATION is due to begin this week on an application by British open-access passenger operator Grand Central to continue operating services on the East Coast Main Line beyond the expiry of its current track access agreement in 2016. 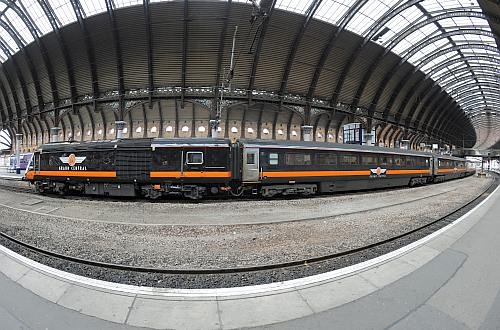 Grand Central's application to the Office of Rail Regulation (ORR) seeks a 10-year extension of its current contract, allowing it to continue operating services from London to Bradford, York, and Sunderland via the East Coast Main Line until 2026.

As part of its submission, Grand Central proposes investment in its train fleet to improve reliability, including the option of moving to a uniform fleet of class 180 dmus. It also suggests reinstating the disused platform at Hartlepool in northeast England to increase capacity and improving passenger facilities at a number of stations.

The 28-day industry consultation is being run by infrastructure manager Network Rail and will seek the views of other train operators, regional transport authorities, and passenger groups. Grand Central says it hopes the ORR will make a final decision on the extension by the end of the year.