CZECH private passenger operator GW Train Regio has been directly awarded a 10-year contract by the Czech Ministry of Transport to operate express services on the Plzen - Most line. 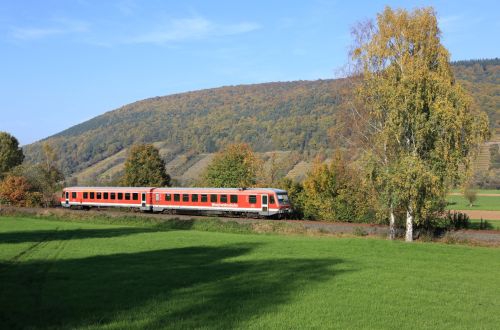 GW Train Regio will use former DB Regio class 628 DMUs, which are being refurbished for their new role.
Photo Credit: DB AG/Michael Mann

The direct award follows the cancellation of the original public tender by the Czech Competition Authority (ÚOHS) after an appeal by Czech Railways (ČD), which considered some of the provisions in the tender to be discriminatory.

ČD offered train services for Koruna 88 ($US 3.61) per train-km while GW Train Regio bid Koruna 75 per train-km. The original tender was for a 15-year contract.

Taking in consideration the fact that the appeal could influence the selection of best offers, the Ministry of Transport decided that it would directly award the contract, but with a reduced duration of 10 years. The ministry says this has been done in compliance with European legislation.

GW Train Region will operate the service using a fleet of four former DB Regio class 628 two-car DMUs (Czech class 845). The trains are currently being refurbished at the ČMŽO workshop in Přerov. The works include a new interior and the installation of wheelchair-accessible toilets.

GW Train Regio, ČD and the regional governments of Ústi and Pilsen regions are reportedly trying to find a modus operandi for ticketing, including mutual recognition, and integration into the national system. This will be achieved on voluntary basis, as there is no legal obligation for mutual acceptance of tickets by train operators in the Czech Republic and no regulatory body to enforce and control ticket integration.

GW Trains Regio is already operating services on five regional services in the Czech Republic, including: