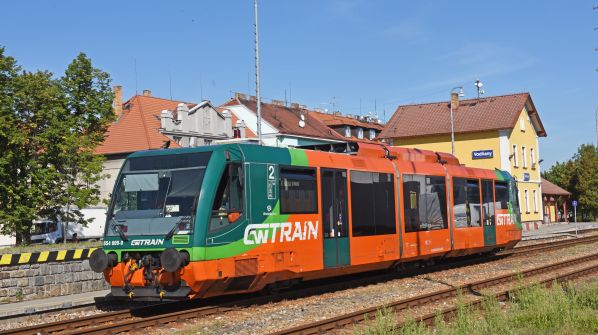 THE Council of the Pilsen Region, Czech Republic, has selected Czech railway operator GW Train Regio to operate regional passenger services on the Southwest part 1 Pošumavi network under a 10-year contract, which will commence in December 2023.

GW Train Regio will replace Czech Railways (ČD) and operate P1 Horažďovice předměstí - Sušice - Klatovy services, some of which will extend to Strakonice, and on line P23 between Domažlice on the border with Germany, and Klatovy. In total the contract will account for 7.56 million train-km per year.

“GW Train Regio offered the lowest bid price of Koruna 157.18 ($US 7.15) per train-km in an electronic auction, which it also proposed to reduce to Koruna 155.94 train-km for the benefit of the Pilsen region,” says Mr Pavel Čížek, deputy governor for transport.

The GW Train Regio RS1 vehicles, which seat 65, will be upgraded and equipped with air-conditioning, Wi-Fi, power sockets and USB connections, and space for two pushchairs and eight bicycles.