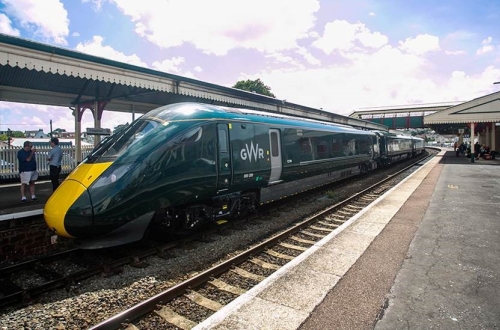 Regular service of the 36 802s is expected later this summer.

GWR has also operated both class 800 and bi-mode class 802s on the line for crew training. Regular service of the 36 802s on GWR services from London to Exeter, Paignton, Plymouth and Penzance is expected to begin later this summer.

The new trains will have up to 24%-more seats than the High Speed Trains (HST) they are replacing, with more legroom, an at-seat food and drink service and improved air-conditioning.

Testing of the trains on the GWR network began on August 8 2017 with a run between Bruton and Cogload Junction near Taunton in Somerset.

Full fleet introduction is expected to be completed by the end of 2018.