BUDGET open-access operator FlixTrain has announced it will not enter the French market in 2021 as expected, due to the high cost of train paths in the country. 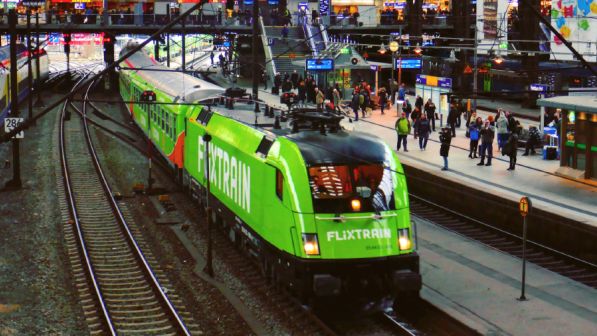 However, the operator says it would reconsider this if conditions improved and French track access charges were brought into line with other European countries.

In June 2019, FlixTrain indicated five routes where it planned to compete with incumbent operator SNCF Mobilités. All five would only run on the conventional network and comprised:

“This was done well in advance of a potential launch based on the timeline and mandatory process outlined by French regulators,” FlixTrain told IRJ. “The FlixTrain team used the last 10 months to complete an in-depth analysis of the market and processes by which private passenger operators could secure access to tracks.

“The result of this assessment was that conditions for new market entry are, at this point in time, not favourable for operating a FlixTrain service in France. FlixTrain will therefore not submit an application in 2021.

“A significant hurdle to FlixTrain expanding in France is the high infrastructure cost compared with other European markets. With fees at the current levels, it is very challenging to offer customers an affordable product similar to that which FlixTrain successfully provides in Germany.

“If French decision makers can demonstrate a willingness to align with other European markets and conditions improve, FlixTrain is open to reconsidering a French expansion.”

FlixTrain says the decision was made before the coronavirus outbreak, but added that the situation brought operational and economic challenges for all mobility providers, both in the immediate future and long term.

“Given this added uncertainty, FlixTrain does not want to speculate about a timeline for French expansion,” it says. “It’s first necessary to focus on removing obstacles and ensuring favourable conditions for private operators as the country liberalises.”

FlixTrain has been hit hard by the pandemic, suspending all its routes in Germany from March 19 until at least the end of April.