INDIAN Railway’s (IR) initiative to attract the private sector to operate passenger services elicited a better response at the second pre-bid conference on August 12, with major players who were not involved in the first conference held July 21 were among the 23 participants. 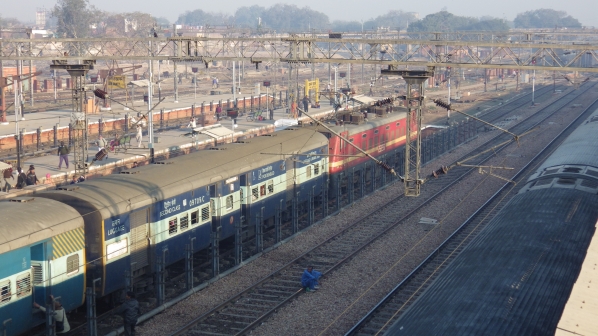 IR floated Request for Qualification (RFQ) tenders on July 2 to operate 109 origin destination (OD) services using 151 new 16-car, 160km/h trains. These services are spread across 12 clusters, which include destinations such as Mumbai, Delhi, Howrah, Patna, Jaipur, Chennai, Chandigarh and Bangalore. The project is expected to generate investment worth Rupees 300bn ($US 4bn).

The RFQ bids are due to be submitted in September, with the contracts due to be awarded in early 2021 ahead of the 35-year agreements starting in 2022.

However, Indian Ministry of Railways officials admit that the targeted deadline may be too ambitious and that the plan is likely to be extended by about a year.

The private operators will be selected through a two-stage competitive bidding process. When fully implemented, the new OD services will comprise 5% of services on the 68,155km Indian network.

While the first conference in July was mostly attended by companies that have no previous experience operating services, the second conference drew a better response after IR responded to 222 concerns and clarifications that had been raised regarding the RFQ documents. This included clarifying which companies are eligible to bid along with issues concerning operation and maintenance.

Following the first pre-application process, IR reduced the RFQ fee by 10% for companies wanting to participate in more than one cluster and removed restrictions on up to three projects per bidder, and also clarified that the leasing of trains is allowed.

IR has also shared traffic data, draft concession agreements, draft feasibility reports and the draft train standards and specifications manual, which it had been planning to release at the financial bidding stage.

The selected concessionaires will be required to pay fixed haulage charges and bear accompanying expenses for the use of IR facilities, while also sharing part of the revenue. The bid documents place no upper limit on fares which will be set by the concessionaire and allows the operators to generate other sources of revenue from ancillary services.

IR has appointed Rites, Deloitte Touche Tohmatsu India and Luthra and Luthra to oversee the RFQ process and prevent any conflict of interest.