Construction on the broad-gauge line is expected to take 42 months. 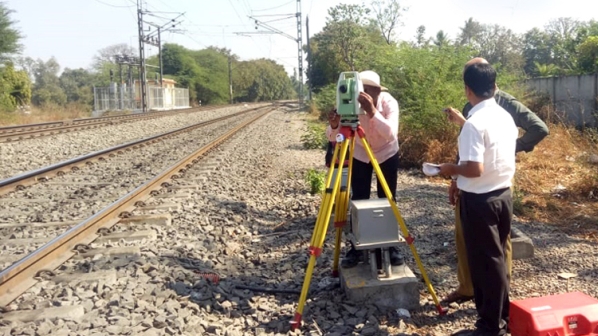 INDIA’s Union Cabinet has sanctioned the Rs 160bn ($US 2.2bn) project to construct a 235km 1676mm-gauge line between Pune and Nashik in Maharashtra state.

Construction is anticipated to take 42 months from financial close, and once complete, the line will support operation of passenger trains at 200km/h with an average of 140km/h, and freight trains at 100km/h. The line will reduce journey times between the two cities to two hours compared with more than six at present and serve 87,000 daily passengers. A future upgrade to 250km/h operation is foreseen.

The government announced the project last June and the latest announcement provides the green light to proceed.

Maharashtra Rail Infrastructure Development Corporation (MRIDC) will oversee the project, which will integrate with the existing broad-gauge network. The corridor will also facilitate other rail infrastructure projects in the state. MRIDC plans to develop private freight terminals, dry ports, multimodal and commercial hubs and warehouses and sidings at locations suggested by private industry.

While Indian Railways (IR) does not have a defined policy on semi high-speeds, the railway has struggled to increase train speeds in recent years. The New Delhi - Varanasi Vande Bharat Express - India’s fastest train - achieves the design speed of 160km/h only on 5km of the total route of 769km. Mail and Express trains continue to trundle along at less than 55km/h, while “superfast trains” operate an average of over 55km/h. Freight trains run at an average speed of 22-25km/h.

The Kerala government announced plans to construct a standalone 577km 1435mm-gauge line from Thiruvananthapuram to Kasargod at an estimated cost of Rs 640bn last year. The line would operate at 200km/h. However, the project is controversial due to perceived administrative, financial and planning lapses in project management. IR officials claim the Pune - Nashik line offers improved project management principles over the Kerala model.

IR is also working on a Rs 180bn plan to upgrade track, signalling systems and related infrastructure to enable trains on busy Golden Quadrilateral routes to run at speeds of 160km/h, reducing journey times by approximately four hours. Completion of work on two routes - Delhi - Mumbai and Delhi - Howrah - is planned for September 2023. However, with fewer trains operating due to the Covid-19 pandemic, IR plans to complete the work earlier.