INDIAN Railways (IR) has increased the operating speed on 1280km of the Golden Quadrilateral-Golden Diagonal (GQ-GD) network to 130km/h, following upgrades undertaken during periods of low traffic caused by the Covid-19 pandemic. 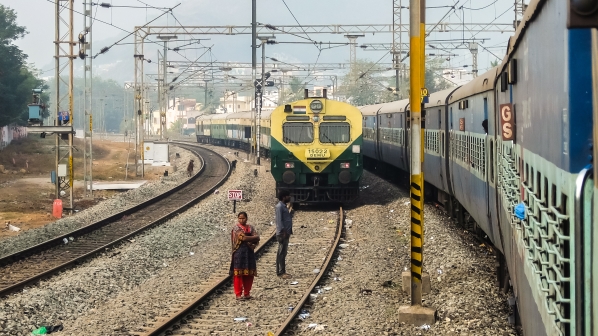 Line speeds on the Vijayawada - Duvvada section have not yet been increased but signalling improvements are underway. Speeds have already been increased on the 132km Secunderabad - Kazipet section.

“The enhanced speed limits could be achieved due to the systematic and planned strengthening of tracks and infrastructure by removing bottlenecks in these sections at a fast pace,” the Ministry of Railways says.