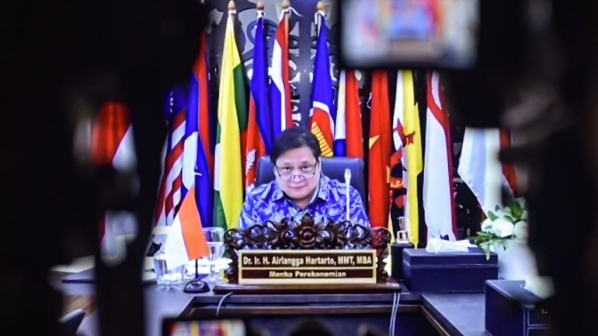 Speaking after a limited cabinet meeting on May 29, chief economic affairs minister, Mr Airlangga Hartarto, told reporters that the decision was made by Indonesia’s president, Mr Joko Widodo.

“To be more economically viable, according to the president, the (Jakarta - Bandung railway) project should not only end in Bandung, but continue to Surabaya,” Hartarto said. “The ministry of state-owned enterprises will study further, including with members of the new consortium, routes of the railway and total project cost.”

China National Railway (CR) is leading the Kereta Cepat Indonesia-China (KCIC) joint venture, responsible for construction of the 142.3km 350km/h line linking Jakarta with Bandung. The project has been put on hold for a year, as the Covid-19 pandemic has led to spiralling costs.

The $US 5.5bn project is being implemented under a 50-year design-build-maintain-operate concession. When open, the line will reduce the journey time between Jakarta and Bandung to between 36 and 44 minutes, compared with around three hours on the existing 173km 1067mm-gauge line. The line will have four intermediate stations.

The Indonesian government agreed an outline of the Jakarta - Surabaya railway project with the Japan International Cooperation Agency (Jica) in September 2019. The project was expected to involve building a new 160km/h line from Jakarta to Semarang, as well as upgrading the existing line between Semarang and Surabaya.

The service is expected to initially begin operating between Jakarta and Cirebon, a city in West Java around 219km from the capital, in 2024. The full 720km line from Jakarta to Surabaya is due to open the following year.