THE first of two inquiries into flaws discovered in the evaluation of bids for Britain's InterCity West Coast (ICWC) franchise commissioned by transport secretary Mr Patrick McLoughlin has published its initial findings. 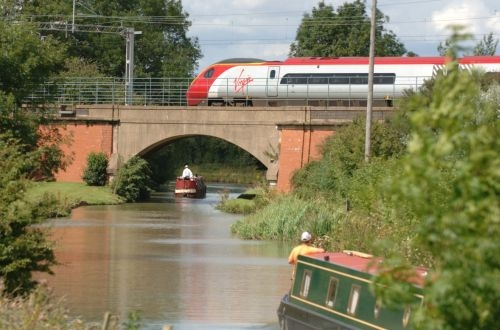 McLoughlin told parliament yesterday, that they "make uncomfortable reading but they provide a necessary and welcome further step in sorting this out." The inquiry, which is being conducted by team led by Mr Sam Laidlaw, CEO of Centrica and a non-executive director of the Department for Transport (DfT), will be completed by the end of November.

Despite the limited time available, Laidlaw's preliminary report has reached several conclusions. "In seeking to run a complex and novel franchising competition process, an accumulation of significant errors resulted in a flawed process," says Laidlaw. "These errors appear to have been caused by factors including inadequate planning and preparation, a complex organisational structure and a weak governance and quality assurance framework."

A lot of the errors centre around the model used to determine the amount of risk capital, called the subordinated loan facility (SLF), the four bidders were asked to provide to guard against the risk of default.

Laidlaw says that the DfT was aware of a lack of transparency in the process for determining the SLF but decided nonetheless to continue with the franchise process and to accept the risk of a bidder challenge. Bidders were not provided with adequate information reliably to predict the likely size of any SLF requirement to be imposed by the DfT, which made it difficult for bidders to determine the optimal capital structure for their bids.

The amount of SLF ultimately required by the DfT for First Group and Virgin, the two leading bids, was not determined in compliance with the DfT's own published guidance, and the DfT's ultimate determination of the SLF required was influenced by extraneous factors so that the bidders were treated inconsistently.

The model that the DfT told bidders it would use, but ultimately did not use, to determine the level of the SLF provided numbers in real terms. However, the DfT used them as if they were in nominal terms which significantly reduced the SLF levels required.

"My strong initial view is that a number of factors, operating together, caused or at least contributed to the flaws," says Laidlaw. "There is a body of evidence that strongly suggests that the DfT's approach to the evaluation of the financial robustness of bids in the ICWC franchise process was developed late, in a hurry and without proper planning and preparation."

Other factors include: the novelty of the risk transfer arrangements and their introduction for the particularly complex ICWC franchise, the matrix organisational structure of the DfT introduced in late 2010 and a lack of clarity and continuity in roles and responsibilities, significant resourcing challenges faced by the DfT during the franchise process, and the inadequacy of the quality assurance processes.

"In my view, there are firm indications that the organisational changes and structure of the DfT resulted in a lack of clarity around allocation of responsibility for the ICWC refranchising competition," says Laidlaw. "The organisation has undergone a significant reduction in size accompanied by frequent changes of leadership at a time when the DfT's agenda has been expanding."

The second more wide-reaching inquiry led by Eurostar chairman Mr Richard Brown is due to report by the end of the year.