BRITAIN's Department for Transport published an invitation to tender (ITT) for the South Western franchise on July 4, calling for increased frequencies and accelerated services on routes from London Waterloo. 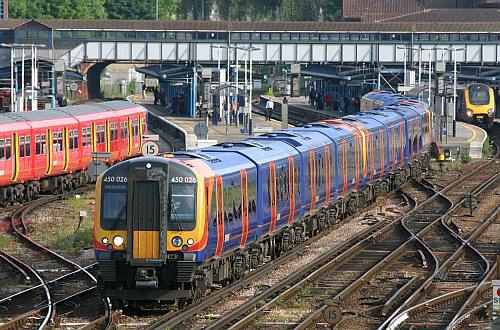 In February the DfT confirmed that it had shortlisted two companies, First South Western Trains and incumbent operator Stagecoach South West Trains. FirstGroup subsequently announced last month that it will bid in partnership with MTR Corporation, which will hold a 30% stake in the joint venture.

Under the minimum requirements specified in the ITT, the winning bidder will need to provide:

In addition, there will be capacity upgrades at London Waterloo to accommodate 10-car trains on more platforms and a new fleet of 30 five-car Siemens class 707 EMUs will enter service on the Windsor Line from next year.

The deadline for submission of offers is September 7 and the DfT will announce the winning bidder in February. The new franchise will begin on June 25 2017.