INDIAN Railways' Rs 240bn ($US 4.5bn) project to construct a 63km elevated rail corridor linking Churchgate to Virar in Mumbai has been abandoned following a lack of response from private parties. 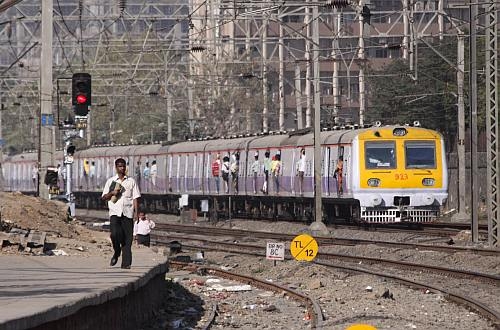 Eight infrastructure giants including CAF, Siemens, IL&FS and Gammon India had initially expressed interest but none decided to participate in the bidding process. Request for Qualification (RFQ) bids were opened on April 27 2014 after the bidding process had been extended several times since its launch in August 2013.

The lack of interest from the private sector is attributed to IR's failure to firm up a state support agreement with the Maharashtra government to execute the project. Under this agreement the government is responsible for and partly funds the cost of relocating public utilities as well as identifying the Floor Service Index for the 131,363m² of land available to the private sector for commercial development.

Under the terms of the draft agreement Indian Railways would also contribute Rs 12bn towards this part of the project.

The terms of agreement should have been attractive for the Maharashtra government, but its lack of interest in the project was mainly due to its unwillingness to undertake another PPP project after the controversy relating to the 2010 Adarsh housing scam in Mumbai.

The state government's decision to take up Metro Line 3 construction on the same corridor was also a sticking point for the elevated corridor project. Metro Line 3 is being implemented using Japan International Cooperation Agency (Jica) funding.

The corridor project was structured on a design, build, finance, operate and transfer basis, with a mix of underground (18 km), elevated (33.5 km) and at-grade (8.7 km) sections with 27 stations and a maintenance depot.

Although the project is off as of now, it could be revived sometime in future if the state government agrees to implement the scheme on a cost sharing basis.