HAMEDAN, a city of nearly 500,000 inhabitants in western Iran, finally joined the national railway network on May 8, when the country’s president Dr Hassan Rouhani made an inaugural trip on the 276km line from Tehran. 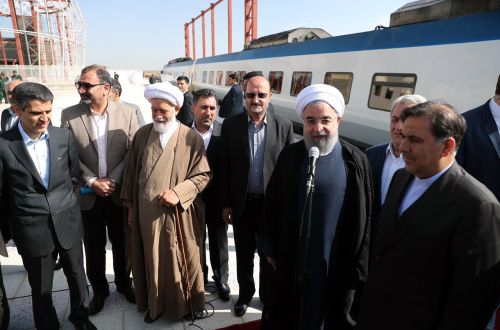 According to a statement from the president’s office, the Malayer - Firuzan section of the Malayer - Kermanshah - Khosravi line also opened on the same day.

A further 132km line running west from Hamedan to Sanandaj, a city of around 400,000 people, is under construction and tracklaying is expected to begin soon.

For detailed data on rail projects around the globe subscribe to IRJ Pro.