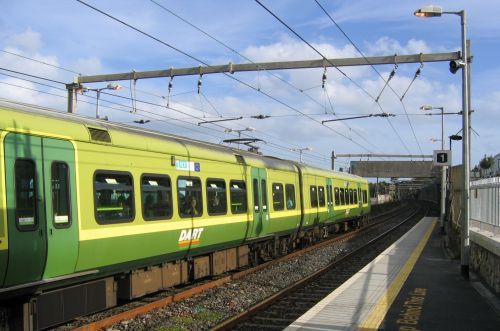 IE saw passenger journeys increase by 6.3% from 42.8 million in 2016 to 45.5 million last year. “The company is benefitting from continued economic growth and has seen demand increasing across the network,” the NTA says. “The introduction of new services, such as those through the Phoenix Park Tunnel [in Dublin] have helped passenger numbers continue to expand.”

The number of passengers travelling on Luas light rail services in Dublin increased by 10.26% from 34.1 million in 2016 to 37.6 million in 2017. “With the Green Line now extended to Broombridge, and providing interchange with the Red Line and greater connectivity to rail services, those numbers are likely to grow substantially again in 2018,” NTA says.

“2017 was another year of strong growth in public transport,” says Ms Anne Graham, NTA’s CEO. “But we cannot rest on our laurels, and 2018 will be another busy year for the public transport sector. In order to meet this increased demand, seven new 55m trams will be introduced on the Luas Green line between January and March adding over 2500 passenger capacity to the line.

“The launch of Luas Cross City will add an estimated 10 million journeys per year on the Luas network,” says Mr Shane Ross, Ireland’s minister for transport, tourism and sport. “Continuing to invest in the public transport network is a key priority. €2.7bn will be provided for public transport capital investment over 2018 to 2021. The growth in public transport services has been supported by higher levels of subvention in 2016 and 2017 and will further increase this year. Over the three years Public Service Obligation (PSO) subvention will have risen by some 35% in total.”