FOLLOWING several years of decline in the wake of the global economic crisis, passenger numbers on Ireland's railway network are finally growing again according to the latest figures from Irish Rail (IE), which show overall ridership increased by 2.5% in 2014 to 37.6 million journeys. 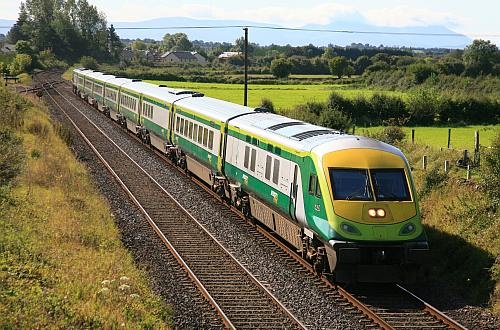 The strongest growth was on the Limerick – Galway line, which has suffered disappointing levels of traffic since the reopening of the Ennis – Athenry section of the Western Rail Corridor in 2009. Ridership on this route increased by 75% to 50,000, which IE attributes to the introduction of online booking and promotional fares.

On Intercity routes, Dublin – Galway saw the strongest growth, with passenger numbers increasing 6.4% to 1.1 million, while there was a 4.1% rise on the Dublin – Sligo route, which carried 1.2 million passengers.

IE says growth has been driven by a rise in promotional activity, with a substantial increase in online bookings and student travel, together with improving economic conditions, major events, and closer integration with other modes.