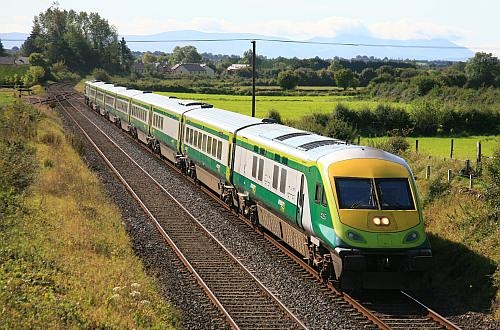 The service will operate Mondays to Fridays, departing Cork at 06.15 with a journey time of 2h 15min. Currently the fastest services cover the 266km in 2h 30min with all trains stopping at Mallow and Limerick Junction.

Earlier this year IE launched a programme of track improvements on the line, focussing initially on the Hazelhatch – Portlaoise section. IE says the €10m project will deliver improved reliability and consistent 160km/h running on this stretch by the end of next year.