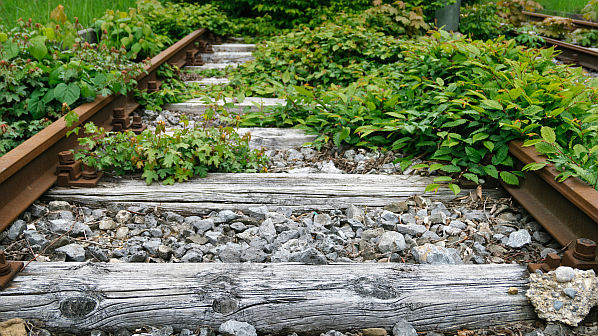 Disuse railway lines in Germany are to be reactivated.
Photo Credit: Shutterstock.

Germany: The federal government has confirmed German Rail (DB) will reactivate 20 routes totalling 245km that were previously closed. They will be used for passenger or freight traffic, or both. Experts from DB had identified a route portfolio throughout the country with 1300km of closed line that could have traffic potential.

Austria: The €140m modernisation of the Karawanken tunnel has been completed after 10 months. Trains are now once again able to operate between Rosenbach and Jesenice. The route is seen as a vital link between southern Germany, Austria and ports in Slovenia, Croatia and Greece. The Austrian and Slovenian governments and the European Union all contributed financially, while Austrian Federal Railways (ÖBB) contributed €73m. The tunnel is around 8km long. More than 26,000mof rail and 40,000 tonnes of ballast were renewed, as were 20,000 sleepers.

Britain: A £78 million electrification project has been confirmed for the 21km stretch from Wigan North Western station to Lostock Junction. This will allow six-car EMUs to operate on the route from 2025.

Spain: Network manager Adif has announced plans to expand the Madrid Cercanias network to Soto del Real. This would be achieved by constructing an extension of Line C-4B from Colmenar Viejo - Soto del Real. Adif has launched a consultation period for interested parties.

New Zealand: Approval has been granted for electrification of the 19km Papakura - Pukekohe line in South Auckland. Three new stations will be built on the line, while a third track will be built to separate freight and passenger trains. The first electric trains are expected to begin operating in 2024.