ISRAEL’s transport minister, Mr Israel Katz, has put the full opening of the A1 Link between Tel Aviv and Jerusalem on September 23 into doubt, saying in a recent interview that while the line should still open on time, it may initially only be electrified between Jerusalem’s Navon station and Ben-Gurion airport. 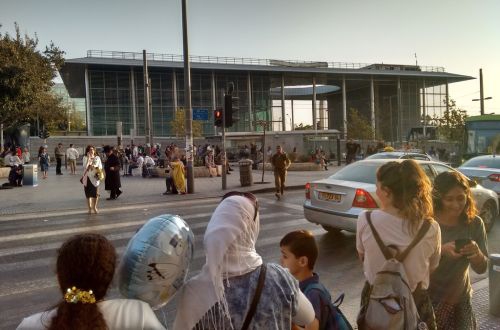 Services along the A1 are set to begin from Jerusalem's Navon station on September 23.

One train will travel in each direction per hour, but passengers will need to change to a diesel train for the remaining part of the journey to Tel Aviv. There is some doubt about whether Israel Railways will be able to cope with the high volume of passenger traffic on the line.

Full electrification is unlikely to be finished until late 2019, with no date currently set for completion.

Electrification work is slowly continuing between Ben-Gurion airport and Tel-Aviv Hahagana station, where only basic works are being undertaken at the busy station. While there have been suggestion to close Tel-Aviv Hahagana station to passengers to enable electrification to be carried out more swiftly, with services diverted to Tel-Aviv Savidor/Central, officials are concerned the move would cause chaos and a decision is yet to be made.

On August 28, staff performed an operational exercise at Jerusalem’s Navon station to receive approval from security, safety, and rescue forces in preparation for the start of commercial operations.