A pre-feasibility study for a proposed railway between Malles and Bormio in northern Italy was presented on December 4 in Malles, in the Italian province of Bolzano. 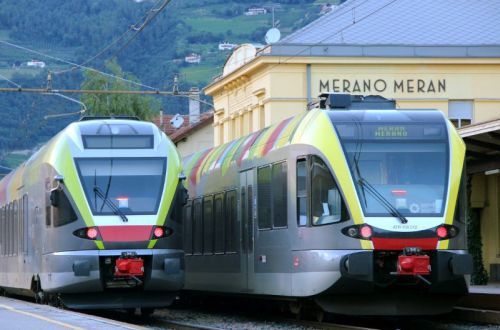 The meeting was attended by the mayors of the high Venosta valley, representatives of Lombardy region and Alto Adige province, together with Mr Joachim Dejaco, director of Alto Adige Transport Structures (STA).

The project follows a memorandum of understanding to improve transport links through the Stelvio pass, which was signed in 2015 by Lombardy and the province of Bolzano.

The study considered the geological, geomorphological, hydrological and seismic conditions, as well as six options for the new railway. The line would be 31-35km long with between 18 and 33km of tunnels and take between seven and 10 years to complete. The cost of the project is estimated at €1.1-1.3bn.

Malles in the Venosta Valley is at the end of the line from Merano. The base option envisages just one new station in Bormio. One option would see additional intermediate stations provided in Tubre and Müstair in Switzerland, while another option calls for the addition of a branch to serve Scuol in Switzerland. Terminals for a car-carrying shuttle service are also a possibility.

The 60km Merano - Malles line reopened in 2005, 25 years after it was closed by Italian State Railways (FS), and ridership has surged during the last decade.