THE French government has named the Hello Paris consortium, comprising Keolis and RATP Dev, as preferred bidder for a contract to operate the CDG Express service which will provide a direct link between Paris Gare de l’Est and Paris-Charles de Gaulle airport. 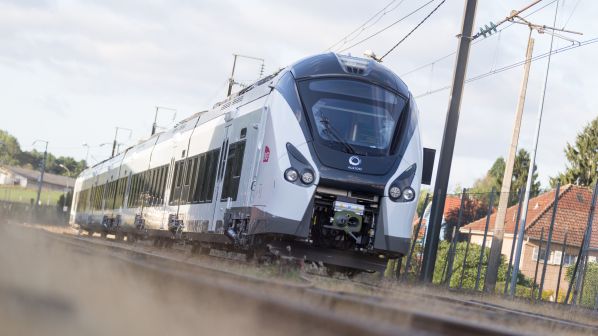 The announcement on November 19 comes less than a week after Transdev, which also submitted a bid for the contract, lodged a complaint with anti-competition authorities arguing that the parent companies of Keolis and RATP Dev, French National Railways (SNCF) and RATP respectively, already hold a monopoly on rail travel in France, and that the consortium between them was designed to discourage competition.

CDG Express services will operate with a maximum journey time of 20 minutes for the 32km journey between Paris Est and CDG Terminal 2, compared with 35 minutes for the RER services from Gare de Nord. Trains will use the existing line between Paris Est and Villeparisis, before continuing northwards on a new 8km branch which will follow the alignment of TGV Interconnexion to the airport.

A one-way fare for the service, which will operate every 15 minutes from 05.00 to 00.00 seven days a week, is expected to cost €24. Up to nine million passengers a year are expected to use the service.

Following a tender process, Hello Paris says it has chosen to use Alstom’s Coradia Liner EMUs, which has already been approved and tested for France’s rail network, to ensure that the line can be ready in time for the 2024 Paris Olympics. The interiors will be specifically designed for airport passengers.

The contract is expected to be signed before the end of January 2019.