KEOLIS Germany, which has been operating the Teutoburger Wald network in North-Rhine Westphalia since December 10 2017, has been warned officially by public transport authority Westfalen-Lippe Local Transport (NWL) for its failure to meet its contractural performance expectations. 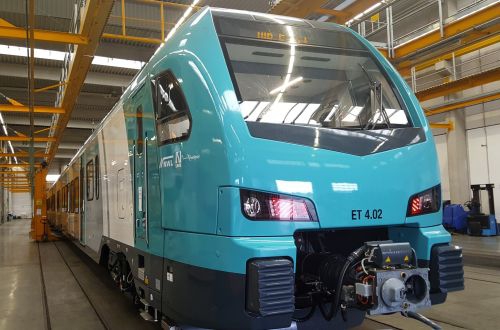 Keolis’ services have experienced substantial delays and cancellations, with the operator suffering from a lack of staff and technical problems with its rolling stock. It has also been officially criticised for failing to supply adequate passenger information and to deal effectively with complaints through its customer service department.

In particular, Keolis has experienced difficulties with the provision of the cross-border services between Bielefeld, Bad Bentheim and Hengelo in the Netherlands.

Problems with securing the authorisation to place in service from Germany's Federal Railway Authority (EBA) for Keolis’ fleet of eight new Stadler Flirt 3 multi-voltage EMU trains meant that the operator did not introduce cross-border trains until January 14. However, this consisted of only four services per day with all other trains cancelled. The entire service was suspended the following day after Keolis reported that the trains were suffering from technical problems when switching between systems at the border.

Stadler is reportedly working on solutions, and the new trains are undergoing extensive testing with up to 16 cross-border trial runs per day. Software updates have been made and it has been reported that Keolis will reintroduce the service on February 26.

NWL has set Keolis a deadline of March 31 to improve its performance and the level of service on offer, including the provision of the cross-border service, and to make considerable improvements to the supply of passenger information. If Keolis fails to deliver, NWL will take legal action under the terms of the contract.

The warning was also made on behalf of the other public transport authorities paticipating in the contract: Lower Saxony Transport Authority (LNVG) and the Dutch province of Overijssel. Keolis has also been urged to compensate affected passengers, and to supply detailed information about the start of the Hellweg 2 network, which the operator is due to start operating in December.

The Teutoburger Wald network consists of: