LIVERPOOL Lime Street station is set to reopen to passengers on March 9 more than a week after a collapsed wall caused 200 tonnes of rubble to fall across four tracks, cutting off all main line traffic to the city centre’s primary rail hub. 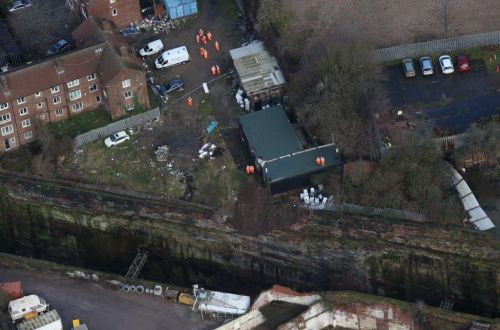 “Firstly we are making the location safe. That is happening now,” Killick says. “This will allow us to start step two - safely accessing the tracks in the cutting more than 10m below to clear the debris. We will then move on to step three - repairing the damaged railway.”

The incident occurred in a cutting between Lime Street and Edge Hill at 17.45 on February 28 and resulted in severe damage to catenary. Passengers travelling at the time of the incident were left stranded on trains for up to three hours.

Since the incident passengers travelling to and from Liverpool Lime Street have been forced to find alternative means of transport. Virgin Trains services to and from London have been terminating at Runcorn with a bus replacement service to the city centre. Northern, London Midland and TransPennine Express trains are terminating at Liverpool South Parkway.

NR says that it is working with the operators to reopen the railway and confirmed that by March 2, 60 tonnes of soil and five large containers of debris had been cleared from the line.

An investigation into the cause of the incident is underway but NR said that the part of the trackside wall which collapsed was “loaded with concrete and cabins by a third party.”