A new 15-year contract for the operation of regional train services in Lazio was signed on June 22 by the region’s president, Mr Nicola Zingaretti Trenitalia CEO and Mr Orazio Iacono, in the presence of Italy’s newly-appointed minister of infrastructure and transport, Mr Danilo Toninelli. 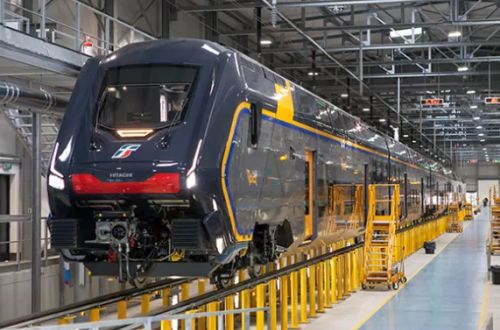 Trenitalia will invest €1.33bn over the duration of the contract, which runs until 2032, with the regional government contributing €149.1m, including €76.6m carried over from the previous contract.

The average age of the fleet will be reduced from 14 years to six years by 2023 with the delivery of 65 Rock double-deck EMUs from Hitachi Rail Italy, the fleet comprising 12 five-coach and 53 six-coach trains. Three bi-mode (diesel and electric) and four 200km/h EMUs will also be procured.

€110m will be invested in cyclical maintenance and modernisation of the fleet of AnsaldoBreda TAF double-deck EMUs and Trenitalia will construct a new depot at Rome Smistamento, invest €106m in infrastructure and equipment improvements, and spend €10m on IT.

Fares which have been frozen since the 1990s will remain unchanged until 2022, with a particular focus on making train travel affordable for young people and students.