LEO Express announced on October 13 that it will become Poland’s first international open-access passenger operator after the country’s rail regulator, the Railway Transport Office (UTK), gave its approval for the Czech company to launch services between Krakow and Prague. 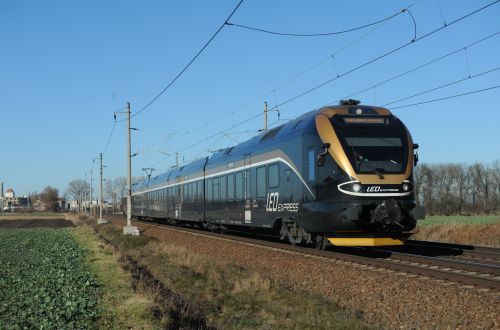 Leo Express says it is now making final technical and formal preparations for the start of services and expects to announce a launch date “within a couple of weeks.”

Leo Express already holds a Part A safety certificate for the Czech Republic, which can be used in all other EU states without any additional authorisation. A Part B certificate, which is valid only for the country of issue, was granted in April for operation on the Polish network.

In June Leo Express notified the UTK that it planned to launch a new direct international service between Prague Hlavní Nádraži and Krakow Glówny. The operator subsequently modified is notification in September and UTK says it is now able to grant Leo Express access to the Polish network because it has not received any requests for a principal purpose test (which establishes whether the main objective of the proposal is to carry passengers between domestic stations or across borders) or an economic equilibrium test (which looks at the potential impact on trains operated under Public Service Obligation contracts) for the modified notification. These tests can be requested by government ministries, regional authorities, or train operators.

According to its submission, Leo Express plans to operate a daily service in each direction. Three alternative routes were put forward, all including stops at Zebrzydowice, Pszczyna, Tychy, Katowice and Myslowice. The first option would also include stops at Jaworzno, Trzebinia and Krzeszowice, while the second would run via Jaworzno, Olkusz, Tunel and Miechów. The third route would serve Oświęcim, Zator and Skawina.

The westbound train would leave Krakow early in the morning, with the return service from Prague arriving back in the Polish city before midnight.