CZECH open-access operator Leo Express announced on June 20 that tickets have gone on sale for its new Prague - Krakow service, which will begin operating on July 20. 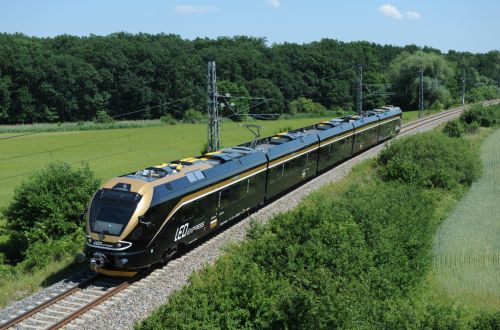 The Friday and Sunday trains will depart from Prague hlavní nádraží at 16.10, arriving in Krakow Główny at 23.19. The Saturday and Monday service will depart from Krakow at 05.19, reaching the Czech capital at 11.39.

The eastbound service will follow Leo Express’s usual stopping pattern between Prague and Bohumin, with calls at Zebrzydowice, Pszczyna, Tychy, Katowice, Oswiecim/Myslowice, Zator, Energylandia and Skawia on the Polish leg of the trip.

Leo Express will use its Stadler Flirt EMUs, which have been authorised for operation in Poland.

Leo Express says operations will initially be limited to weekends due to engineering works on the route, and it plans to expand its services when these upgrades have been completed.