CZECH passenger operator Leo Express conducted a tour on November 6 with a refurbished Alstom Lint DMU in the Orlicko area ahead of taking over the operation of regional services on December 15 under a 10-year concession. 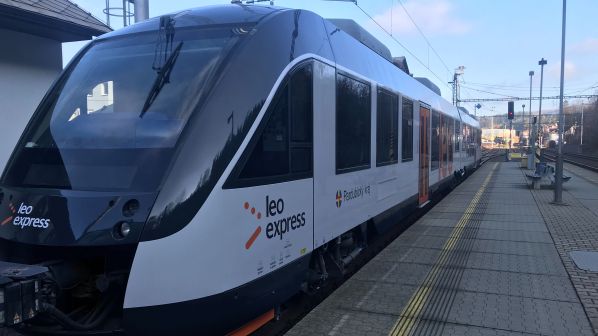 One of the Leo Express refurbished Lint DMUs during a tour in the Orlicko area of the Czech Republic.

Leo Express was awarded the concession in December 2018 to operate services on the Ústí nad Orlicí - Mlýnický Dvůr line together with a weekend-only service from Dolní Lipka to Hanušovice.

In August 2018, Leo Express took out a lease on 11 two-car Lint 41 and four single-car Lint 27 trains built by Alstom. The 120km/h trains were previously used by Transdev in the German states of Saxony and Saxony-Anhalt.

The trains have been refurbished and equipped with Mirel Automatic Train Protection. The trains are air-conditioned and have Wi-Fi and USB sockets.