The private operator beat ŽSSK and Yosaria Trains in the final round of the tender. 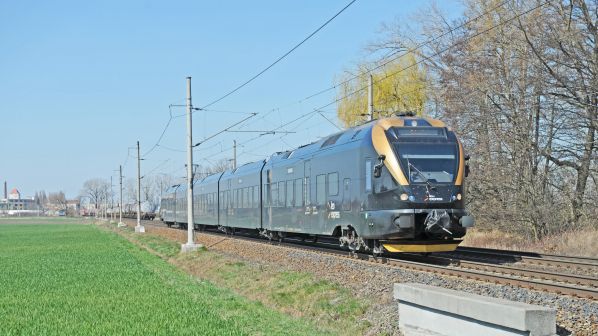 CZECH-based private operator Leo Express has won a PSO tender to operate regional trains in western Slovakia from the capital Bratislava to Dunajská Streda and Komárno.

Seven operators submitted bids for the contract, with Leo Express, Slovak national operator ŽSSK and Yosaria Trains reaching the final round of the tendering process.

The nine-year contract will run from December 10 2023, but there is a possibility that this could be brought forward to December 11 2022 if this is agreed with ŽSSK which currently operates the service.

“In addition to the price, quality criteria such as the number of seats, air-conditioned trains, toilets and low-floor rolling stock contributed to the decision taken,” says Slovakian minister of transport, Mr Andrej Doležal. “I believe that passengers will be satisfied with the new operator and its services. Based on the recommendation of the evaluation committee, we will offer Leo Express the opportunity to transport passengers between Bratislava and Komárno as of December 11 2022.”

Before being replaced by ŽSSK in 2019, the route was previously operated for 10 years by RegioJet under a PSO contract, using more modern rolling stock including Talent and Desiro DMUs. This resulted in an increase in passenger numbers, which eventually required the introduction of locomotive-hauled double-deck coaches.

The new contract is the first win for Leo Express in the Slovakian PSO market, with the operator already operating its own open-access services from Prague to Prešov and Košice in the east of Slovakia using five-car Stadler Flirt EMUs.

The Ministry of Transport put the Bratislava - Komárno operating contract out to tender at the beginning of 2021, but ŽSSK was the only bidder with an offer that exceeded the tender budget, which prompted the ministry to retender the contract.