THE Dutch province of Limburg has awarded Arriva a 15-year concession to operate regional rail and bus services after the discovery of irregularities in the tendering process led to the disqualification of the preferred bidder, Netherlands Railways (NS) subsidiary Abellio. 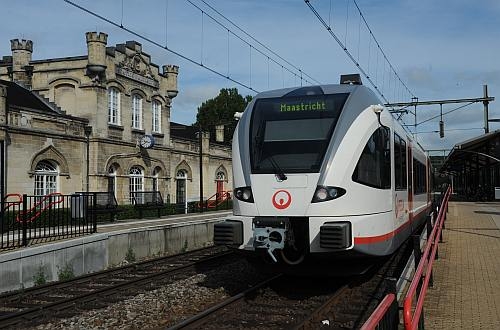 Following an internal investigation, NS confirmed at the end of April that confidential information had been passed to employees of Qbuzz (another NS subsidiary) involved in the bid, by a former employee of Veolia Transport Limburg, the incumbent operator of a large part of the recently-tendered network.

The provincial government subsequently annulled its contract with Abellio, but has decided to hand the concession to Arriva instead of restarting the tender. Veolia had already been ruled out, reportedly because costs were considerably higher than the allocated budget. However, the company says it disagrees with the decision to award the contract to Arriva and believes the tender should be restarted.

Limburg says the Arriva bid exceeds the requirements of the tender specification and it has taken the decision to award the contract following consultation with various stakeholders.

Shortly after the irregularities were discovered, Abellio said it would accept the decision of the province, but also said that it would bid if a new tender was launched.

There have been talks in recent weeks between the provincial government and senior managers of NS, which has apologised for the behaviour of Abellio. However, the province is preparing a claim against Abellio, and potentially also NS, seeking compensation for losses caused by what it views as criminal and unfair practices.

The new concession is due to begin in December 2016 and has an annual value of €55.5m, or €1.5bn over the period of the concession.