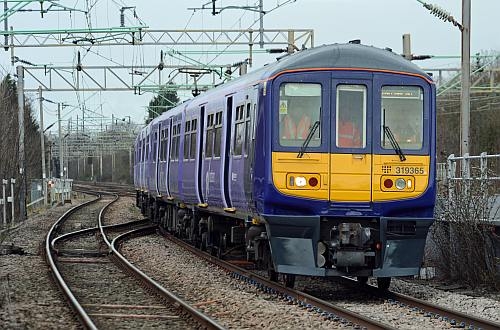 The first electrically-operated service was the 06.16 Manchester Airport – Liverpool Lime Street. Northern Rail has received two four-car class 319 EMUs formerly used on the cross-London Thameslink network and these are being used to operate two diagrams, although only one of these runs all day.

Further services will switch to electric traction as more class 319s are released by the delivery of new trains for Thameslink. A total of 20 trains will ultimately be transferred to Northern Rail.

Electrification of the Liverpool (Edge Hill) – Huyton – Newton-le-Willows line was originally due to be completed by December 2014, but completion of the £160m project was delayed due to unexpected ground conditions and technical issues with electrification equipment.

Electric services are due to begin running to Manchester Victoria next month, when the line from Ordsall Lane Junction is energised.