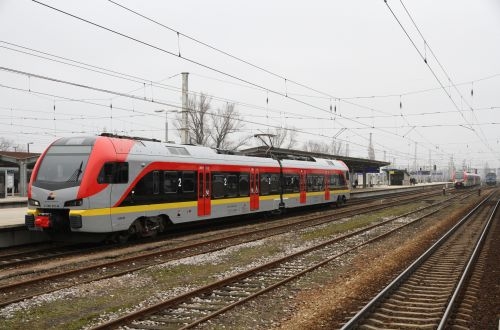 LKA told local media it intends to complement rather than compete with the existing services on the route operated by PKP Intercity and Regional Railways (PR), not least because the PR trains are subsidised by the Łódź regional government which also funds LKA.

LKA does not currently plan to operate weekday services on the route and had to obtain permission from the Polish Ministry of Infrastructure and Development to use the Flirt EMUs as they were funded using EU funds specifically for use in the Łódź region. As service frequencies on the core LKA network are lower at weekends the trains are available for the new Warsaw services.

Polish infrastructure manager PLK has now largely completed reconstruction of the Łódź to Warsaw route with modernised track and signalling permitting 160km/h operation. LKA services are the first to take full advantage of this.