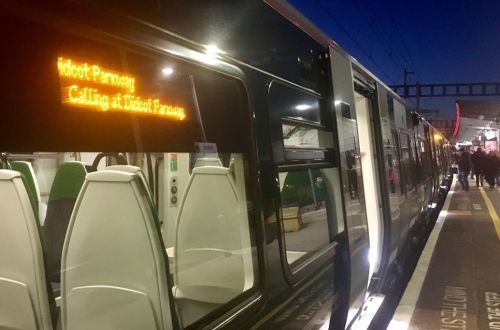 Great Western Railway is now operating Electrostar EMUs as far as Didcot, which alongside new Intercity Express Trains (IET), are offering an extra 4800 seats in and out of London Paddington during the morning peak, a 10% increase compared with January 2017.

According to observers, the Electrostar trains are accelerating up to 160km/h between station intervals of just six minutes, and as the sets are operating under the diesel timetable, they are being held for up to a minute at stations.

Electrification of the GWML is part of NR’s £6bn route modernisation programme, which also includes resignalling, track and infrastructure improvements.