BRITISH passenger operator London Midland (LM) is preparing to launch 177km/h regional services on the southern section of the West Coast Main Line, with final testing taking place this summer ahead of the launch of the accelerated off-peak timetable on December 10. 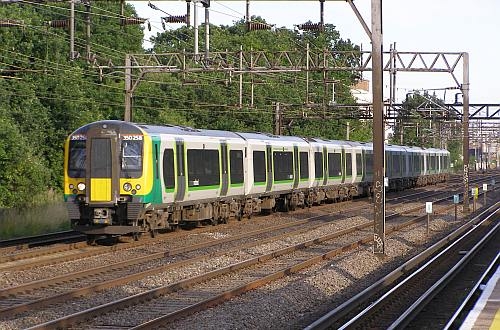 LM says that two 177km/h trains can operate in the path of a single 160km/h service because the trains departing London Euston immediately behind a 160km/h service cannot operate at 200km/h, the maximum line speed. LM plans to use this spare capacity, which would otherwise be wasted in the shadow of a 160km/h path.

This creates an additional fast line path in each direction between Euston and Milton Keynes during off-peak periods and up to two additional paths during the peak. LM says that during off-peak periods, additional services can be provided using trains which are otherwise spare because they are only used at peak times, or by splitting an eight-car 160km/h train to run as two four-car 177km/h services.

This provides a substantial increase in capacity on peak commuter services from London to Hemel Hempstead, Milton Keynes and Northampton while offering extra services and reducing journey times to stations further north. For example from December, London – Rugeley Trent Valley will fall from 2h 16min to 1h 55min, while London – Nuneaton drops from 1h 47min to 1h 24min.

The acceleration project will be implemented in two phases, with the off-peak timetable launching this December and the peak timetable in December 2014, following the delivery of seven additional class 350s from Siemens.