LOWER Saxony's regional public transport authority LNVG has announced a tender for express and regional services covering the north, central and southern regions of the German state in the Official Journal of the European Union. 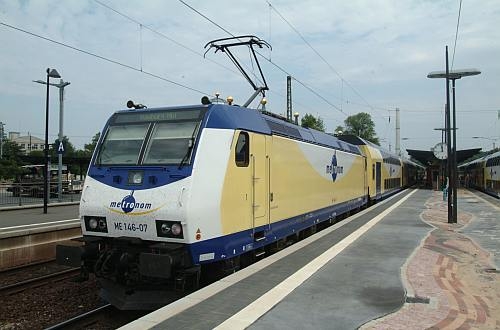 The 15-year contract will run from December 2018 until December 2033 and encompasses the following services which have a total volume of 7.6 million train-km per year and are currently operated by Metronom:
• RE 2 Göttingen - Hannover- Uelzen
• RE 3 Uelzen - Lüneburg- Hamburg
• RE 4 Hamburg - Bremen
• RB 31 Hamburg - Lüneburg, and
• RB 41 Hamburg - Buchholz- Rotenburg (Wümme) - Bremen


LNVG is the leading authority in the tendering procedure, which also includes public transport authorities of Hannover, Bremen and Hamburg.

Prospective bidders are encouraged to express their interest in the tender before it is released on June 16 2016.