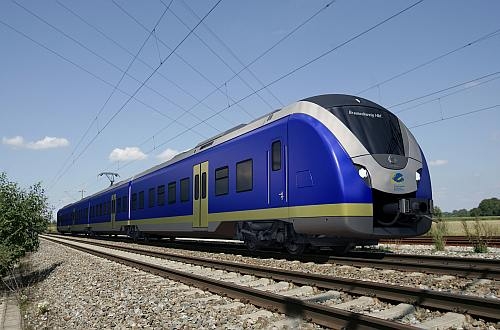 Metronom will use Alstom Coradia Continental EMUs on the ENNO network.

The contract covers 2.1 million train-km per year on the Hannover – Wolfsburg and Hildesheim – Braunschweig – Wolfsburg routes and is due to be signed following the end of a statutory 10-day appeal period on August 15.

Metronom already has a large fleet of modern Bombardier locomotives and double-deck coaches but the ENNO contract will be operated using rolling stock provided by leasing company Regionalbahnfahrzeuge Grossraum Braunschweig (RFGB), which has been set up by the public transport authorities involved.

RFGB has ordered 20 new Alstom Coradia Continental EMUs (pictured) for the ENNO network, which will be assembled locally at Alstom's Salzgitter plant. The trains will be maintained by Alstom for 20 years and the contract, which was signed in December 2012, includes an option for 13 addition sets.

Delivery of the new trains is scheduled for next year, including the authorisation to place in service (APS) and compliance with the European directive concerning Passengers with Reduced Mobility (2008/164).

Many orders for rolling stock by the regional transport authorities in Lower Saxony are awarded to Alstom's Salzgitter plant, as bidders for these contracts are scored on regional social and economic impacts.