SWEDISH open-access operator MTR Express announced on April 12 that it will reduce journey times for its Stockholm - Gothenburg services after its fleet of Stadler Flirt trains received certification from rail regulator Transportstyrelsen to operate at their maximum speed of 200km/h. 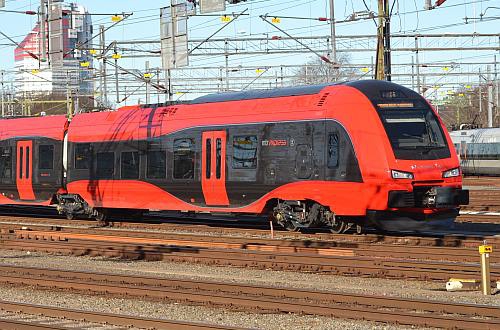 MTR Express has submitted an application to infrastructure manager Trafikverket, which would enable it to cut journey times by up to 12 minutes from December, reducing the operator’s fastest Stockholm - Gothenburg trip to less than three hours.

Certification for 200km/h operation was carried out with the support of MiW Rail Technology, Sweden. In addition to theoretical calculations and simulations, the approval process involved a physical evaluation of the train’s dynamics at higher speeds. This involved loading 20 tonnes of weight onto a train to perform simulations and measure lateral forces on a fully-loaded train at high speed.